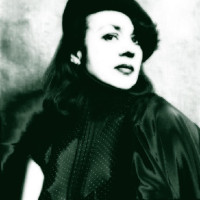 Sophie is a writer, painter and club owner. 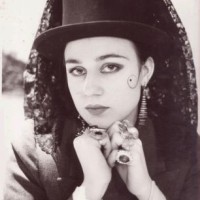 Sophie Parkin, child of very bohemian parents. Her 18 birthday present was membership to The Chelsea Arts Club and The Colony Rooms in Soho.

Sophie was bound to be artistic her Mother is a notorious Bohemian in London, her father was Michael Parkin gallery owner and man around town. Sophie’s 18 birthday present from her parents was membership to The Chelsea Arts Club and The Colony Rooms in Soho. Sophie resisted owning her own club until her friends pestered her so much she gave in and now runs and own; Vout O Reenees. Sophie tells us about her childhood refuge in the world of books, living in a chaotic household and where the name Vout O Reenees originates and how to pronounce it.