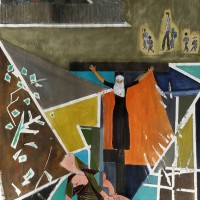 A panel from Setsuko Ono’s ‘Resistance to Overwhelming Force’, 2009 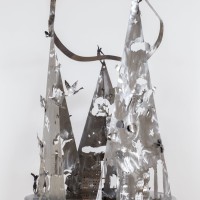 Setsuko Ono, ‘Acropolis Down Under and Rising Moon’, 2015

Setsuko Ono, younger sister of Yoko Ono, grew up and was educated in Japan, Europe and the USA. Following in her father’s footsteps, she worked for the World Bank while also studying art formally. She started exhibiting once she retired in 2003 and her first exhibition was at the Havana Biennal.