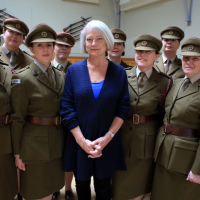 Kate Adie does not think of herself as a war reporter

Fighting on the Home Front: The Legacy of Women in World War One, published by Hodder & Stoughton 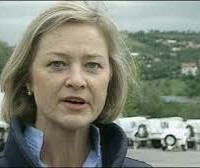 Kate started in radio but her big break came in TV 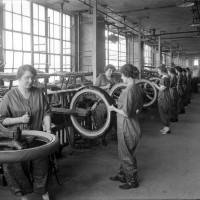 Women were not conscripted to work, but they pay was attractive 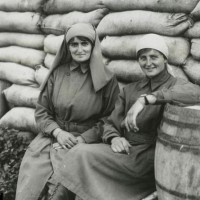 It became something of a joke in the British army that when Kate Adie arrived on the scene, the soldiers knew they were in trouble.The BBC’s chief news correspondent became one of the best-known faces on television for her reporting from the major wars of recent years. They include the Gulf War, the conflicts in the former Yugoslavia, Albania, Rwanda, China and Sierra Leone.It cannot have occurred to the 23-year-old from Sunderland, with her degree in Scandinavian Studies, that this was where she was heading when she joined the BBC in 1968 as a studio technician in local radio.Kate Adie presents From Our Own Correspondent on BBC Radio 4 and continues to make many other programmes for the corporation.