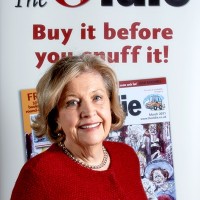 Anne Reid Pin Up of the Year 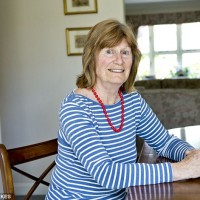 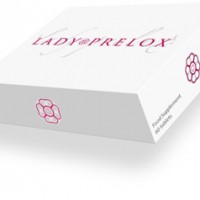 Josephine attended the Oldie of the Year Awards and raised a glass (or two) with cartoonist Stephen Abbleby. She managed to nab some of the winners for a chat. Anne Reid from Last Tango in Halifax won Oldie Pin Up of the Year and is even prettier in real life.

Campaigner Joan Woolard struck a more serious tone after collecting the Oldie Heckler of the Year in recognition of her telling Barclays Bank exactly what she thought of their ethics and where to put their illgotten bonuses. In her acceptance speech she said the award was “the icing on top of the cake” after recently selling her four bedroom house in a day and giving the £200,000 proceeds to charity Kids Company. We are clearly not doing enough!

Josephine was invited to the launch of a new natural female pleasure enhancer especially developed for “women who want more.” And who doesn’t? Josephine gobbles them up and shoves them down Donna’s throat for good measure.

WIN ONE OF 10 PACKS OF LADY PRELOX go to radiogorgeous.com/competitions-offers