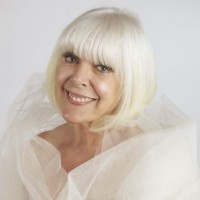 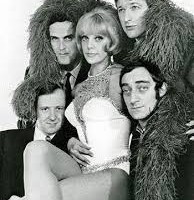 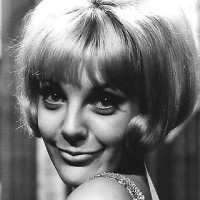 Aimi Macdonald in the 1960s

Podcast Length: 25 Minutes
Aimi MacDonald Cabaret Comedienne on GORGEOUS LIVES
Actress, singer and dancer Aimi MacDonald became a household name when David Frost spotted and cast her as “The Lovely” Aimi MacDonald on At Last the 1948 Show with Monty Python. Aimi tells us about being stranded on the A3 with the Beatles and the start of her career being a dancer and a mother in Las Vegas. Josephine catches up with all things Aimi and her latest show. And yes, she is still lovely.

And Aimi is performing with Tim Brooke Taylor at Slapstick Comedy Event, Bristol

The campest dance routine is below, Aimi on The Les Dawson Show