I’ve Taken Up Stripping at 59

Josephine Pembroke started her cabaret show at 59, rediscovering her sexuality, the wild days of 80s Soho and her time in a Pussy Power band in the 90s. And this year, she’s bringing it to the Edinburgh Fringe…

This month, aged 59 years old, I am planning to rip my big knickers off on stage.

When most middle-aged mothers are lolling on a beach or having a boozy lunch at a shady taverna, I will be taking part for the first time in my life at the biggest cultural festival in the world, Edinburgh Fringe. Dressed in revealing outfits and wielding a whip in public. Anyone can see me! Drunks, bitchy critics, and anyone over sixteen.

But I know who will be my keenest supporters; Other Queenagers.

My decision to embrace and flaunt my sexuality at an age when we ‘really should know better’ is the most liberating thing I have ever done.

Somehow, my sense of myself as a sensual being was lost during 27 years of marriage. No surprises there; same person, same old shorts cuts to a quick result. But now that I’m about to be divorced, I’m rediscovering my sexuality. Grabbing it and exploring it, but not in private under the cosy duvet, or gingerly stripping off in candlelight a bit tipsy with a young man I met on Tinder. No, I am on stage, the stark stage; every part of me, including my mind, body and soul, is now fully exposed.

They say that to feel young(er) when you are older is to revisit old music and activities you once loved. And this is how I came to the decision to put myself out there. My Edinburgh show is called The Working Girls of Soho – Saucy Tales of Notorious Women and is an extreme version of nostalgic buzz.

I own that stage; I shake my touche, I slap my arse, and I stare men and women straight in the eye. I am also funny too, describing the lives of these daring women who defied convention and wanted control over their lives. 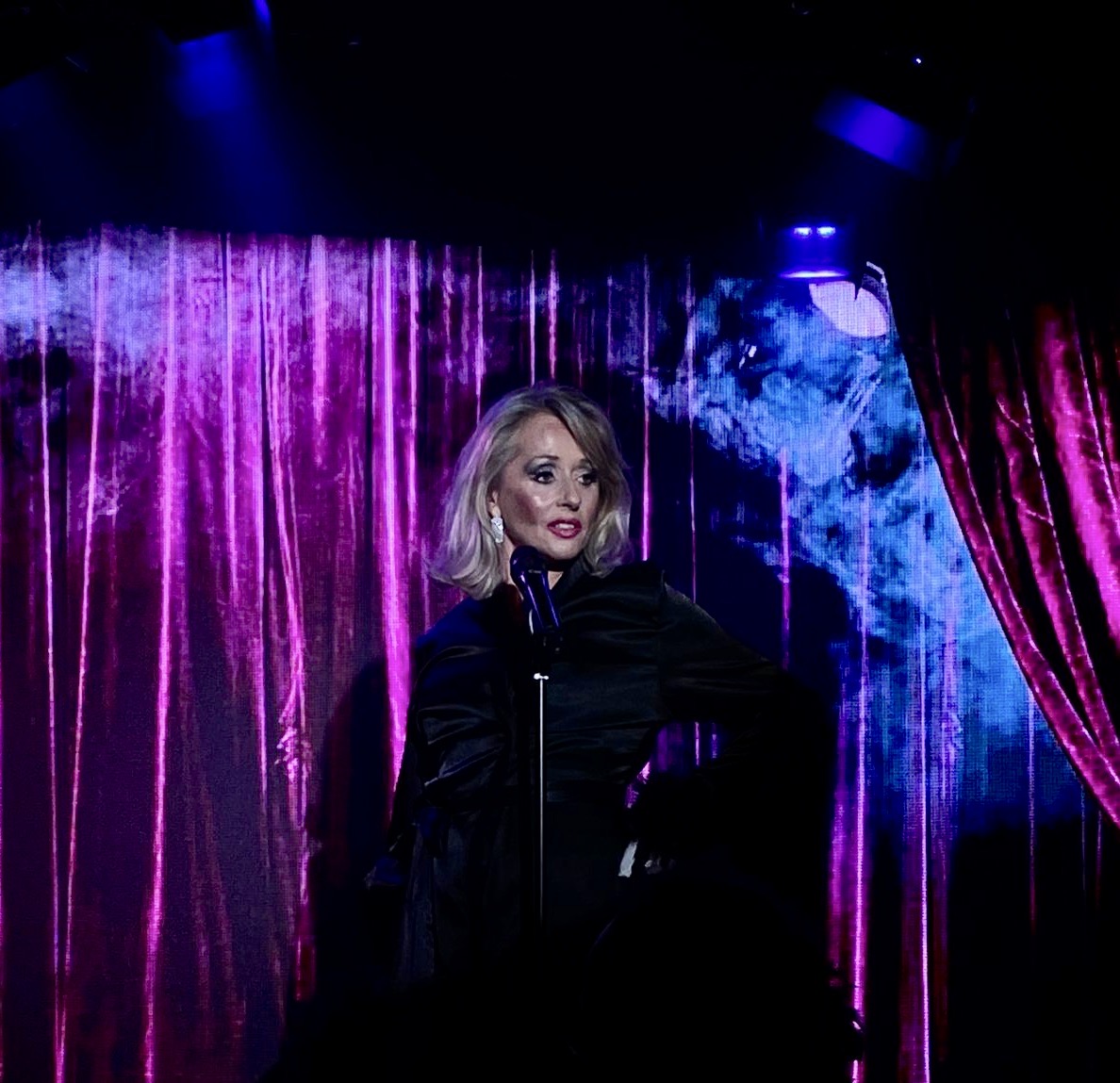 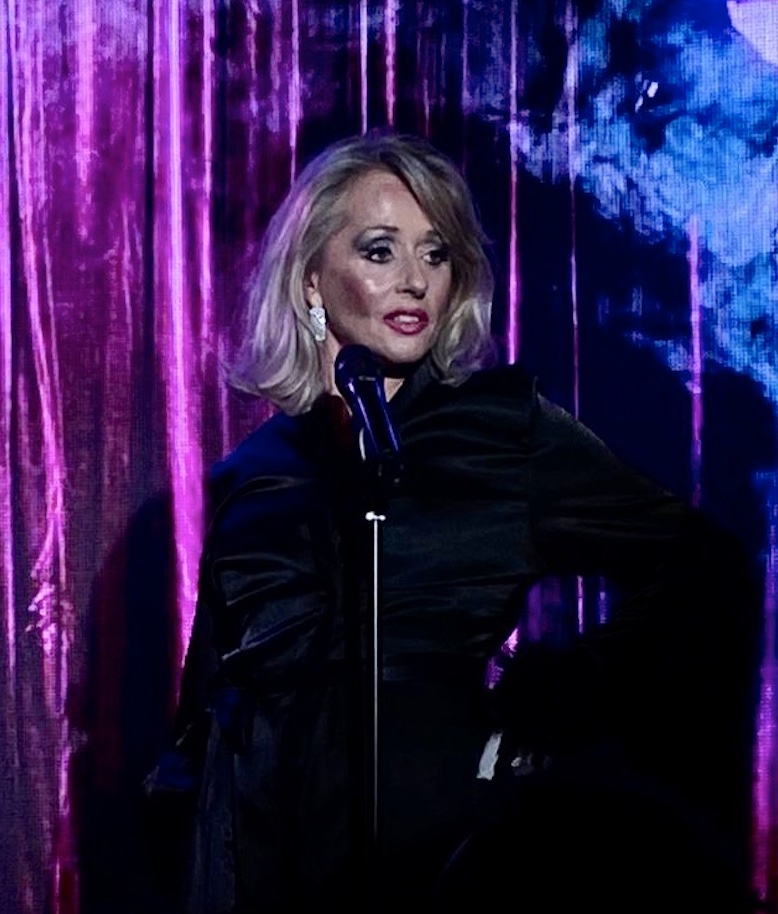 I was one of them once. In my late 20s, in 1992, I created an all-girl band called Pussies Galore. We were the doyennes of Pussy Power, a female-led post-feminine movement which was sweeping the nightclub scene. There were features about us regularly in The Face, The Evening Standard, and Sunday Times Style magazine. Vogue thought we were too wild for their publication. We were the women using our sexuality as power, and women adored us, running to the front of the stage and cheering us on. Men would stand at the back, generally covering their balls.

We were on the crest of a wave, the band were recording and about to sign a record deal. Pussies were getting real power at last.

I got married while I was in Pussies. I was in a hormonal panic, I was 30 and thought I needed a husband. Years of believing in the power of romance had convinced my vulnerable brain. I got married aged thirty, and it truly was a glittering wedding in all senses, my fairy longings were fulfilled. The dress, the location, a Georgian Manor house by the sea, and the fabulous decadent guests, on my side Grayson and Phillipa Perry, Sandy Powell, The Neo Naturists, Edward Tudor-Pole, on my husband’s side Tamara Mellon, Lulu Guinness, Lady Georgina Murray and Richard Ingrams created the wildest of weddings. We left in a white Cadillac under the moonlit sky, after I had serenaded the guests in the car with New York, New York. We were named 1990’s “Wedding of the Century” in Harper’s and Queen.

Back from my honeymoon, my husband handed me a letter – the record company were dropping us, they did not like the fact that I was getting married.

My husband had opened the letter before the wedding and did not give it to me, so as not to ruin the wedding. Pussies quickly disbanded, and I had to start again. We moved to a small flat, and I now had a husband, no career, and a horrible reality, the first year of our marriage was a vast culture shock. I had to get a normal job, and in the evenings I had to go home to my partner, my freedom and identity seemed to evaporate.

Fast forward to last year, after 27 years of marriage. It’s all over – kaput, our mini-empire we created with friends, homes, parties and family is all over. It is being divided. It’s painful. It’s heartbreaking. Losing so-called friends has been the hardest.

I am now totally alone for the first time in my life. The divorce, this insanely different life, has shaken me up, but through it, I felt my own true self has started to surface.

True, I hadn’t totally lost her, in 2011, when I returned to London after a decade of raising our children in the country, I noticed a lack of women on the airwaves, so I decided to create a radio station run for women by women which I called Radio Gorgeous. With my co-presenter and author, Donna Freed, we embraced podcasting. Today, Radio Gorgeous is the UK’s longest-running all-female podcaster.

I sing, I dance, I gyrate, but mostly I celebrate being a Queeanger.

At last, all my life experiences have come around to be quite useful, and I am thrilled to be showing women what we still can do at 59.

I go on stage sober, yet the extreme high I get after my performance is better than any illegal drugs – and I have tried. It feels really good to be out there alone, in charge of my destiny once more. Damn my age, damn the critics. This Pussy is back.

And this time my knickers are just dying to be ripped off (by myself!).